Imagine the following situation: a business man gets up from the bed in the morning after a not-so-good night of sleep – due to daily stress – and after five or six steps he is in the bathroom and then, after the same amount of steps he is in the kitchen to have his fast and unhealthy breakfast. Gets out to work. A few other steps and he is in the elevator and, lucky him, his car is parked in front of the elevator. The car is all automatic. He parks his car in front of the elevator. Gets out of the elevator and he is in his work table. A 180º turn in his table (in a turning chair, of course) allows him to get everything he might need during his work day. His lunch is also unhealthy. When he arrives at home he sits down to watch television. No dinner, only a snack. He goes to sleep. A new day and everything goes the same way again…

We live in a globalized world which allows us to do almost everything  with a simple phone call or just pushing a button. The evolution of human society into an automatized industrial one has turned mankind to become more and more an animal without movement.

Mankind was not made to stay still and the society he lives in, which besides being automatized is also violent, abridges more and more its capacity of moving. This abridgement of what is the essence of animal survival (and we are animals) diminishes its quality of life and its capacity of performing daily activities.

Sedentarism thus comes up as the disease of modern society – 70% of the world population is not committed with regular exercises and WHO estimates that 2 million deaths a year are due to sedentarism. 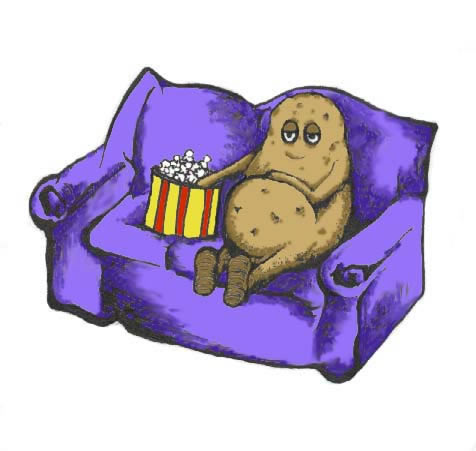 Don´t be a couch potato! MOVE!

Nevertheless, sedentarism itself can’t kill. Along with it and through the years chronic diseases leading to death spring up: hypertension, cardiac diseases and diabetes just to give some examples.

If you already have a chronic disease here goes a question: could you tell me any disease for which physical activity is not part of the treatment? Besides the ones listed before, asthma, fibromyalgia, cancer, depression, anemia, Down syndrome, autism, hemophilia and again etc, etc, etc.

The solution is exactly this: MOVE. If you want to go a little bit further – the step ahead I said before – look for a gym club with a qualified fitness professional. What you can’t do is stay still. Take care.